Profile of Board of Directors

Mr. Shoaib Ahmad Siddiqui is the Chairman of PTCL’s Board of Directors. Mr. Siddiqui possesses 37 years of experience with the Civil Services of Pakistan and has served on key administrative positions in Federal and Provincial Governments. He is currently serving as Federal Secretary, Ministry of Information Technology and Telecommunication, Government of Pakistan. He is also the Chairman of USF-Universal Service Fund. Mr. Siddiqui has previously served as Secretary, Ministry of Communications; Secretary, Planning, Development & Reform Division; Secretary, Information Broadcasting & N.H; Secretary, National Security Division; Secretary, Narcotics Control Division; Special Secretary, Ministry of Interior; Administrator Karachi Municipal Corporation; Member Board of Revenue; and Commissioner Karachi Division. Mr. Siddiqui holds a B.Sc. Engineering from the University of Engineering & Technology, Lahore and a M.Sc. (Development Administration) from the University of Birmingham, (U.K). He is also a law graduate and did his L.L.B and LLM from Karachi University. Mr. Siddiqui also holds an Executive MBA degree. 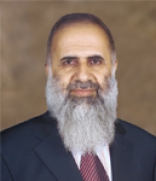 Mr. Abdulrahim A. Al Nooryani is the longest serving Board member and has been on the Board since 2006. Mr. Al Nooryani has 40 years’ experience in the telecom industry. He is Chairman of Etisalat International Pakistan LLC, which is a subsidiary of Emirates Telecommunication Company. He is also Chairman of the Board of Directors of Pak Telecom Mobile Limited. Mr. Al Nooryani joined Etisalat as a graduate trainee, and subsequently rose to become the Chief Officer Procurement, Contracts and Administration. He held several directorships at Etisalat’s numerous subsidiaries. 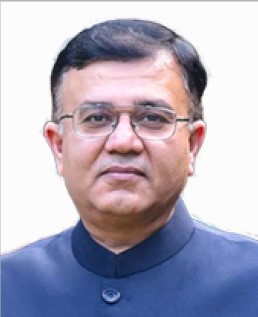 Mr. Kamran Ali Afzal is a Member on the Board of the Company nominated by Government of Pakistan. He is currently the Secretary, Finance, Ministry of Finance, Government of Pakistan. Mr. Afzal has held a range of administrative and policymaking positions over the past twenty-seven years, including assignments with the provincial finance, local government, and planning & development departments as well as with the Prime Minister’s Office. Prior to his appointment as Finance Secretary, he has held the positions of Special Secretary Finance, Additional Secretary (External Finance), Additional Secretary (Internal Finance), and Joint Secretary (Budget) in the Finance Division. His alma maters include: Aitchison College, Lahore, where he completed his A-Levels; Government College, Lahore, where he studied for his bachelor’s and master’s degrees; and the University of Melbourne, from where he received a master’s in public policy and management, and later a PhD in political economy. 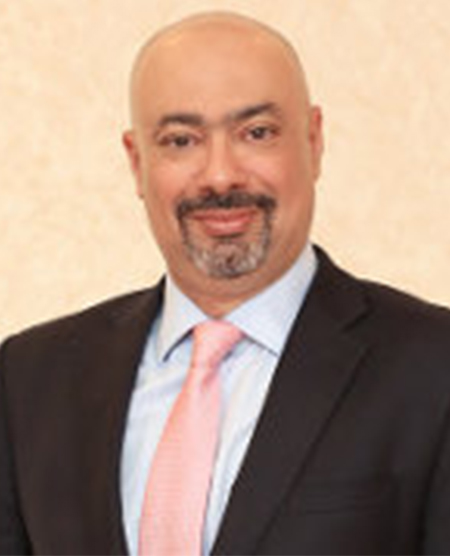 Mr. Hatem Dowidar possesses more than 20 years of experience in the telecom industry. He is the Chief Executive Officer of Etisalat International. Mr. Dowidar started his career in AEG/Deutsche Aerospace (Daimler Benz Group) in Egypt before moving to Marketing in Procter & Gamble. Prior to joining Etisalat Group, he was the Group Chief of Staff for Vodafone Group. Mr. Dowidar was previously with Vodafone Egypt and served as Marketing Director, later becoming the CEO of Vodafone Egypt. He held several senior positions at Vodafone Group and its subsidiaries, including Group Core Services Director, CEO of Vodafone Malta, CEO of Partner Markets with partnerships covering over 45 markets and Regional Director Emerging Markets. Mr. Dowidar also serves as Chairman and Board Member in several Corporate Boards within and outside the telecommunications industry. Mr. Dowidar holds a bachelor’s degree in communications and Electronics Engineering from Cairo University and an MBA from the American University in Cairo.

Mr. Hassan Nasir Jamy, is a Member on the Board of the Company nominated by Government of Pakistan. He is currently the Secretary, Privatization Division/Commission, Government of Pakistan. Mr. Jamy is a member of Pakistan’s Civil Services. He did his MBA (Finance) from Quaid-i-Azam University, Islamabad in 1987. Later on he also completed his MA in Rural Development from University of Sussex, UK (1995-96) and the Hubert H. Humphrey Fellowship Program (in Public Policy) from the University of North Carolina, USA (2003-04). He has more than 31 years of work experience in administration and project management in a variety of core disciplines in the public sector. Exposure in policy planning and implementation, local governance structures and reforms, service delivery mechanisms and establishment of performance evaluation systems are some of his areas of strength. Before joining the Privatisation Division/Privatisation Commission in December, 2020, he worked as the Secretary of Aviation and Climate Change Divisions. He has also served Government of the Punjab as Secretary, Local Government. 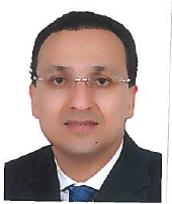 Dr. Karim Bennis is a Member on the Board of the Company nominated by EIP and working as an Acting Group CFO, Etisalat Group. He was appointed as Vice President Financial Control and Planning of Etisalat Group in August 2013, a leading company in the telecom market within Middle East, Asia and Africa (USD 14 billion Revenues). His area of responsibility is the Etisalat Group footprint which includes 16 countries including UAE, Morocco, Egypt, Saudi Arabia and Pakistan. In his previous roles, Karim served as Deputy Managing Director and CFO at Tractafric Motors Corp. His other roles included Finance Controller, Strategic Planning & Subsidiaries Management of Maroc Telecom (7 years as a Secondee of Vivendi Group) and Group Financial Controller European Division of Crown Cork & Seal Company in Paris. Along with his expertise in Telecoms, Karim has international experience of various industries including manufacturing, retail and heavy equipment. Karim is a member of the Board, Executive Committee and Audit Committee of Etisalat Egypt. He also serves on the Board and Audit committee of Atlantique Telecom Holding. Karim holds a Masters in Economics & Corporate Finance from Sciences-Po Paris, an Executive MBA from Ecole Nationale des Ponts & Chaussees and a PhD in Economics & Technology from Conservatoire National des Arts & Metiers in France. 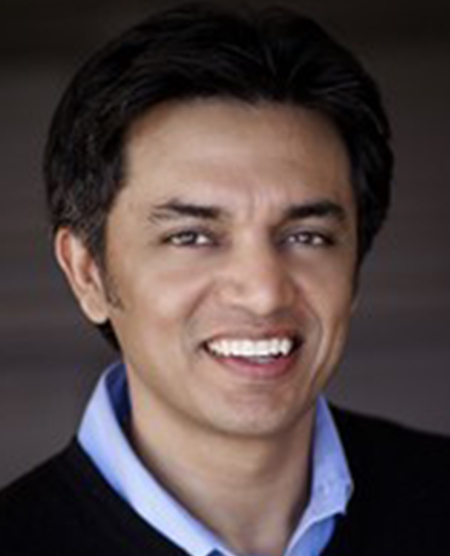 Syed Shabahat Ali Shah possesses more than 20 years of experience in the telecom industry. Currently he is the Chief Executive Officer of National Information and Technology Board, Government of Pakistan. He is also the Chairman of the IGNITE Board and Director on the Board of USF-Universal Service Fund. Mr. Shah was the Founder and CEO of Cronus Digital. Mr. Shah co-founded Helioswire Inc., world’s first Microsatellites based loTs company; Spire Global Inc., a BigData company; and NADRA Data Warehouse technologies. He has previously been part of ORACLE and created Oracle Communications line-of-business across ASEAN countries He was the chief architect of the "Computerized National ID Card (CNIC)" process; the Project Head of NICOP; and Paperless Workflow & Communication process. Mr. Shah holds an MBA from Massachusetts Institute of Technology, USA and an Electrical and Communications Engineer degree from UET Lahore. 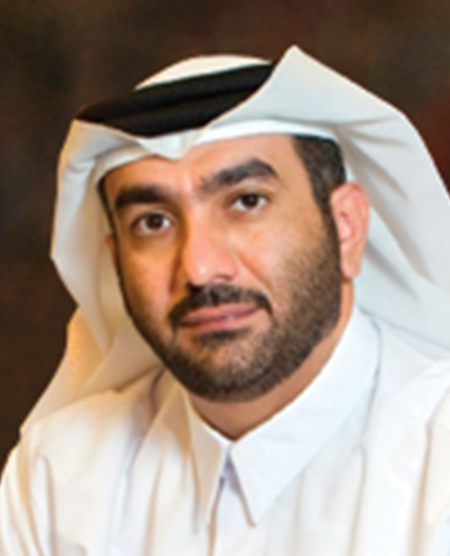 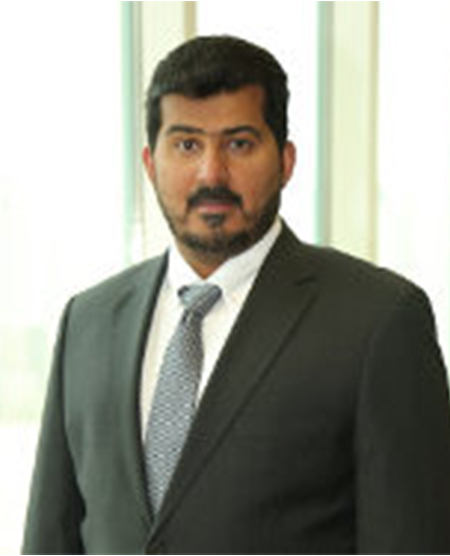 Mr. Khalifa Al Forah Al Shamsi is the Chief Strategy & Corporate Governance Officer, Etisalat Group. Mr. Al Shamsi possesses more than 20 years’ experience in telecom and ICT industry. Prior to his current position, he has rendered services with Etisalat Group as Chief Corporate Governance officer; the Chief Digital services officer; Senior Vice President of Technology and Network Strategy. He is responsible for leading Etisalat Group focus on various industry verticals such as Machine-to-Machine (M2M), cloud services, commerce and digital advertisement, advanced communications, digital entertainment, and video services, and aims to boost the Etisalat position in the digital eco-system and driving innovation and advanced services to Etisalat customers across all areas of operation. He is also a member of the Board of Directors at Etisalat Afghanistan and E-vision - the UAE-based TV, content and multimedia company. Mr. Shamsi graduated from the University of Kentucky, USA with a Bachelor’s Degree in Electrical Engineering.